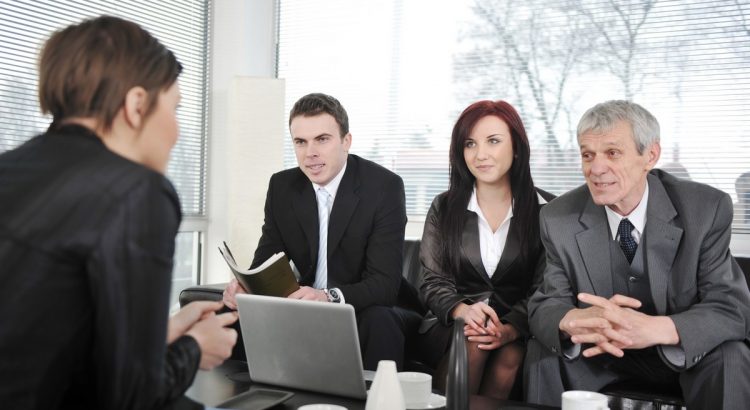 The issue crystallized for Roger Hall at a meeting of a support group for laid-off professionals. Many of the men in the group were around his age, 59 now, and Mr. Hall couldn’t help but notice that some were “still energetic and outgoing,” while others “were really out of shape,” he says. “I thought about these tired-looking guys being interviewed by people who were younger and still very energetic.” Mr. Hall, a marketing executive who had been laid off from Marconi Telecom US in April 2001, says the comparison “strengthened my resolve,” to keep going to the gym several days a week. He also bought new suits and asked a friend to help him update his eyeglass frames. Within a year of being laid off, with the economy still dragging, he landed a new job at a communications firm in New Jersey. “They want to know that you’re going to look sharp and project energy when you meet clients,” Mr. Hall says. On a scale of 1 to 10, looking fit and trim was “probably a six, in terms of helping me to get a job.” The hardest part about looking for a job when you’re over 50 is that you’re no longer 40?or 35?or whatever that magic age is that suggests bushy-tailed youth to you. It can seem as though every hiring manager sees your slightly crinkled brow and immediately wonders if you’re up on the latest industry trends, if you’re willing to work past five o’clock, and whether you’ll have a clue as to what a smart watch is. It’s tempting to try to turn back the clock — just far enough that these questions don’t even come to your interviewer’s mind. In this latest, tough job market, some people are doing just that: 30% of men and 14% of women who had cosmetic surgery in 2001 say the decision was work-related, according to the American Academy of Facial Plastic and Reconstructive Surgery in Alexandria, Va. “A few years ago, we had all these dot-commers who were young, and older people felt pressure from below to look more youthful,” says Richard Gregory, a plastic surgeon near Orlando, Fla. “More recently, there have been all these layoffs, and people are having things done to remain competitive in that environment.” Career coaches acknowledge that looking younger — or looking less old — can shorten a job search if you go about it in a sensible way and have realistic expectations (and if all the other parts of the equation, such as your job history, are what they should be). “Older men and women who are fit definitely have fewer re-entry challenges,” notes Joyce K. Reynolds, a business coach in Fort Lauderdale, Fla. For some, looking younger does mean literally knocking five or 10 years off their bodies by dyeing their hair or getting cosmetic work. (One surgeon reported that breast reduction was a common request among aging executive men.) But for others, such as Mr. Hall, it’s more a matter of drawing attention to qualities they still possess, but that are too quickly associated with youth — vigor, longevity and the ability to generate fresh ideas.

The desire to project a youthful image is by no means limited to job seekers. Dixie Taylor, an Orlando real-estate agent who’s just on the cusp of 50, recently had an eyelid lift — a popular procedure among the 50-plus set, according to several doctors. Ms. Taylor reports that a tendency to have puffy eyes became more exaggerated as she got older, and she had come to dread seeing a tired-looking face in the mirror all the time. She felt that her ability to win new clients was compromised by her looking tired. “I have lots of experience in this market and lots of energy, as opposed to younger agents, who just have energy,” Ms. Taylor says. But as one gets older, actually having lots of stamina and projecting that image can be two different things. So she had the operation. “I’ve done a lot more business since then,” she says. “I feel more confident now; maybe I capture more people because of that.” Still, there are fields, like technology and media, where being cutting edge is paramount, aging is taboo, and executives really do want to stall time. Ronald Iverson, a plastic surgeon in Pleasanton, Calif., outside of San Francisco, has a steady flow of patients who work in Silicon Valley. “I had a woman say to me the other day, ‘I’m 50 years old and everyone around me is younger, and I don’t feel good at all,’ ” Dr. Iverson recalls. Though the woman reported exercising regularly, she still wanted to discuss several age-erasing options, including laser resurfacing (to diminish wrinkles) and a full facelift. “She’s someone who’s afraid of losing her job and is looking for a competitive edge,” Dr. Iverson says. When is plastic surgery appropriate? Only you can decide whether it’s worthwhile for you. Think about it as an investment in yourself: Weigh what you’ll have to put in (the cost of surgery, the time it might take to heal) against what you hope to gain (more confidence or self-esteem, or a competitive edge). Take stock of your expectations to make sure they’re realistic: Fewer wrinkles or a better chin won’t help you land jobs for which you’re simply a poor fit. Dr. Gregory notes, “A person who isn’t taking care of their health in general and expects [cosmetic work] to really change everything is a poor candidate [for plastic surgery].”

Image consultants warn that people who try too hard to be youthful risk drawing attention to the age they’re trying to hide. A favorite pet peeve: Men who dye their hair “shoe-polish black” with a do-it-yourself kit instead of springing for more subtle professional hair coloring. Gail McMeekin, a career coach in the Boston area, had a female client who had stalled while moving up the management ranks in the not-for-profit sector. “She was 56 years old and was trying to look cute,” Ms. McMeekin explains. “She wore short skirts when she needed expensive-looking, professional-looking dresses to get into that corner office.” Ms. McMeekin persuaded her to lengthen her hemline, and she eventually got the bigger job, with a bigger budget to manage, that she’d been looking for. When it comes to hair and clothes, strike a balance between up-to-date, age-appropriate, and what’s accepted in your field. Ms. Reynolds points out that if your haircut or eyeglasses or shoes look 10 years out of date, interviewers will wonder if your business skills are out of date, too. Don’t be afraid to seek feedback on your new appearance from friends, family, savvy sales clerks and even professional image consultants and hr services workers. Damian Birkel, who counsels out-of-work professionals in Winston-Salem, N.C., says a salesperson once suggested he toss out all his traditional blue dress shirts. Why? They clashed with his gray hair and drew attention to it. He wears gray shirts instead, which blend with his hair and subdue it. The new look is suitably professional, but he says he feels more put-together and, in fact, younger. Career coaches also warn that older job seekers should be realistic about how much their nips and tucks, new glasses or darkened hair will help them. “These things will burn five years off, not 15,” cautions ArLyne Diamond, a professional-development consultant based in Santa Clara, Calif. ‘A Perceived Threat’ If your last salary had been at the pinnacle of the range for your position, for example, or you’re talking to hiring managers who are all much younger than you, the problem might not be age, but the accumulated experience that goes with it. “It’s an issue of a mature person vs. a less experienced person?and you’re a perceived threat,” says Ms. Diamond. Still, as Ms. Taylor and Mr. Hall concluded, you’re more likely to get the work you want — and the salary you deserve for the experience you have — if you look bright-eyed and enthusiastic. Darrick Antell, a New York City plastic surgeon who counts CEOs and investment-banking executives among his clients, made this comparison: If you were planning to sell a cool old car, he explains, “you’d wax it and shine the chrome and vacuum the inside, so it looks fit and well-maintained instead of old and tired.” In other words, if you’re a fit and well-maintained job seeker, hiring managers are less likely to wonder how many miles you have left — and more likely to see you as someone who’s been around the block a few times, but is clearly still ready to roll.

If you want to get more into employment, human resources and staffing solutions, there are great companies online with great resources, such as Solvo Global. Always stay updated and in the market.